In the last post, I analyzed a dropper associated with Dridex. This post will focus on analyzing the assa.exe that was dropped.

So here is how I did the behavioral analysis of the assa.exe.

First thing I did was read the Process Monitor log. I opened the file up from the network share and setup a filter to only look at assa.exe for now. 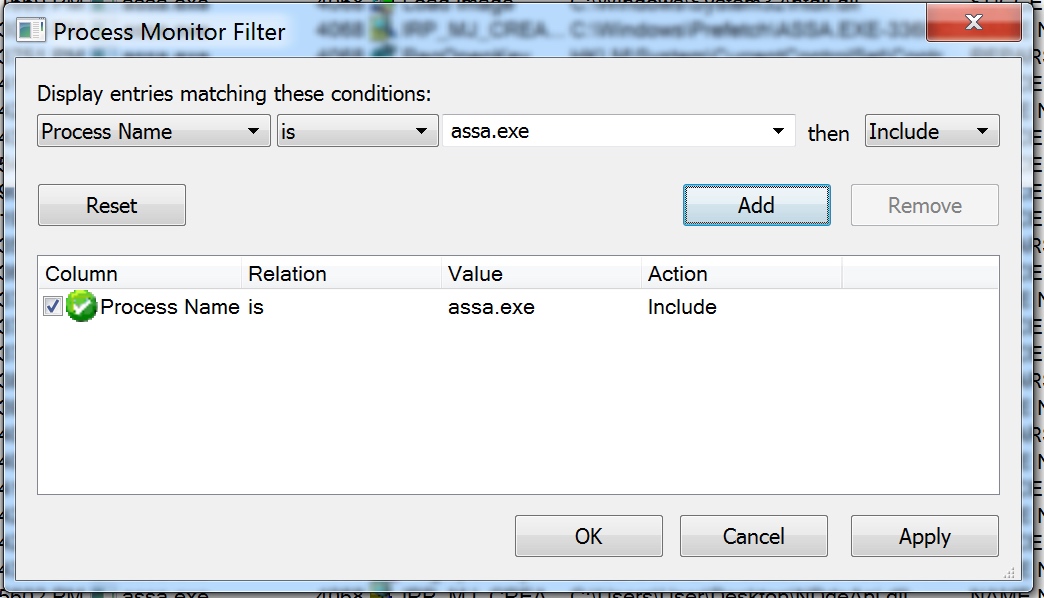 If you are new to ProcMon, the signal to noise ratio can make it difficult to read but here are the highlights:

I will take a crack at decoding that blob of nonsense later but for now, I will keep going.

This looks to be the a third stage payload. For those who aren't familiar with the IRP_MJ_CREATE Operation, Microsoft says

The I/O Manager sends the IRP_MJ_CREATE request when a new file or directory is being created, or when an existing file, device, directory, or volume is being opened.

When hashed, the tmp file gave me nothing to work with. No matter. I'll come back to that later as well.

0928AC45920A48C1E11D207E55797CF0 appears to be a 32 bit tracking signature for the infected computer. The idea is you need a way to uniquely identify 100,000 computers that could have very similar characteristics. Computer Names, User names, IP/MAC addresses by themselves could cause collisions in a botnet. The likelihood that another machine is going have the same ComputerName, Username, InstallDate and MachineGuid starts to become very slim.
A little later in the Procmon output we see this:

Since the tmp file is a dll, that means we can look at it with a wide variety of Tools. I grabbed ResEdit: 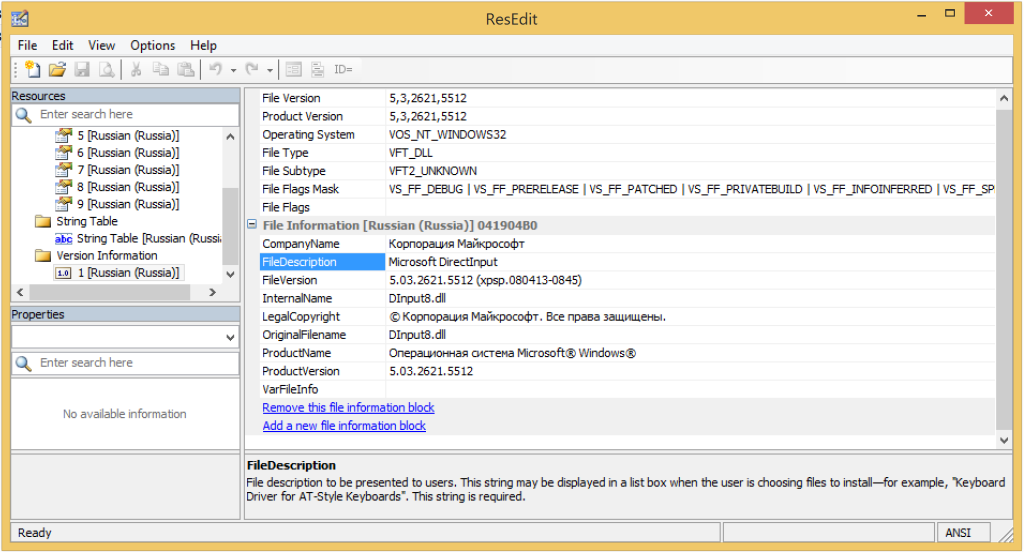 So this file is dressed up like a copy of c:\Windows\System32\DInput8.dll from copy of Windows XP Pro with the Russian language pack. In case, anyone is curious, there are some subtle differences between the real and the fake. Most importantly, the real one is digitally signed. 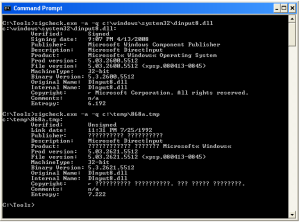 DInput8.dll is a valid Windows DLL used for Microsoft DirectInput. DirectInput enables an application to retrieve data from input devices even when the application is in the background. At this point, I do not think this technology has anything to do with this malware's capabilities.

Finally, we see ASSA.EXE gracefully exits after running for only 4.0371401 seconds by my math.

To summarize, ASSA.EXE's purpose in life is 3 fold:

I am going to dive deeper into the this tmp/dll file in the next blog post because that is where the really interesting stuff happens.